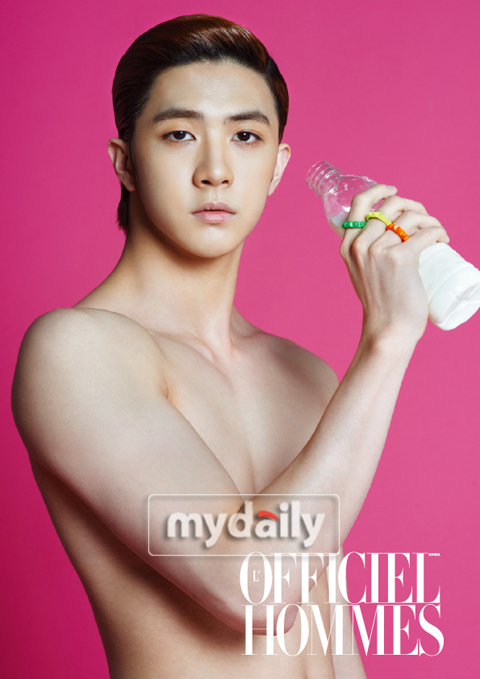 Thunder of idol group MBLAQ recently sported a new look as he participated in a photoshoot for the April publication ‘L’Officiel Hommes Korea’.

Wearing outfits of different colors and patterns, as well as going shirtless, Thunder revealed a new chic and masculine charisma, drawing attention for his muscular physique.

As soon as Thunder stepped on set, the photographer as well as the staff members were reportedly left in awe after seeing his small face and lanky height, raising their expectations for his pictorials.

From the get go, Thunder struck impressive poses and expertly gazed into the camera like an experienced model.

But once the shoot was over, Thunder once again returned to his usual bashful self, and the singer received praise for enduring the arduous shoot like a true professional.