A little bit late but here’s a segment of Star Vs. Star featuring our favorite brother and sister, Cheondung and Dara! They went up against SNSD Jessica and f(x) Krystal for the question “Which K-pop siblings have the best genes?”
Although they equally have the “perfect looks” and “amazing personalities” that make them celebrities that a lot of fans adore, no one can deny the love and support that these two siblings have for each other ❤

Thanks to thunder mblaq on YT for re-uploading and Dara's hardworking fans over at OhDara, WeLoveDara and ForeverWithDara for sharing!

Weee! Dara and Thunder won! Kekeke! ^^  I agree with the hosts of this show. Not only are they the best siblings because of their looks, but also because of their genuine show of support for each other. Park Siblings jjang! ❤

Doongie tweeted about feeling good enough to write a good song (Yay!) and then Hyemi asked for that song (for her to sing maybe? hehe) but Doongie said it’s not a song for girls? haha Well, I’m looking forward to hearing that song and the song you’ll be writing for Hyemi, Doong-ah xD 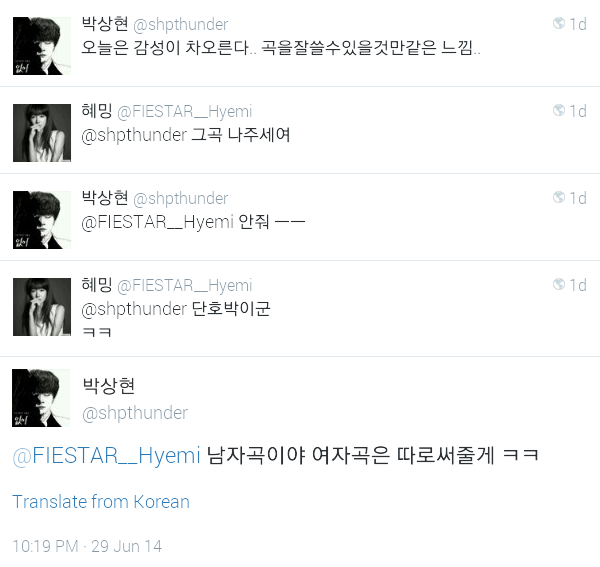 @shpthunder Today the feelings are great.. a feeling that i could write good lyrics..

@FIESTAR__Hyemi Please give me that song

@FIESTAR__Hyemi You are really stubborn about it keke

@shpthunder It’s a masculine song. I will write feminine song for you later later keke

I always like to see Doongie interacting with other idols because on broadcasts he’s usually quiet or forever alone amongst a sea of idols xD It’s like seeing him, the natural Doongie, when with friends or people he’s comfortable with. For a little background on the Doong and Hyemi’s friendship..

END_OF_DOCUMENT_TOKEN_TO_BE_REPLACED

It seems that our chic Doong has caught the eyes of 1st look~ With a model-like body and style~ Of course our Doongie! 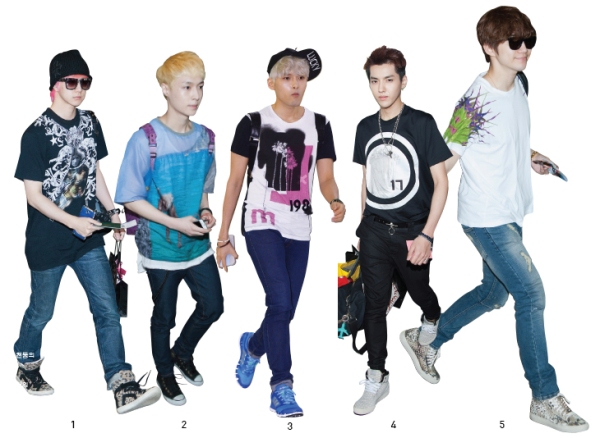 *Along with his noona, Thunder is a fashionista with his intense gothic fashion.