*Fast forward to 3:05, at this point actress Kim Jung-eun took over the MC spot and asked Cheondung’s question haha

Cheondung who made his debut as member of MBLAQ, is currently pursuing acting as Park Sanghyun.

When asked about Dara, he said that “Noona also just started acting and it seems that we have the same worries. As both rookies just trying to start, we talk about our worries over acting.”

He also revealed that he is currently dieting, “eating one meal a day,” to prepare for his role for the drama.

Another picture released from the photoshoot:

A photo of Cheondung during Leon magazine’s 3rd anniversary party, as shared by Alan Nam (of ALAN’s that Cheondung visited before going to the party) on his Instagram. 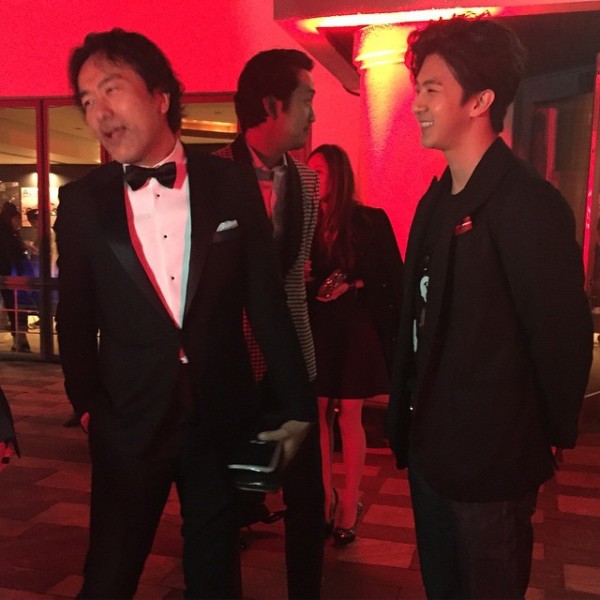 More photos from the event~

END_OF_DOCUMENT_TOKEN_TO_BE_REPLACED 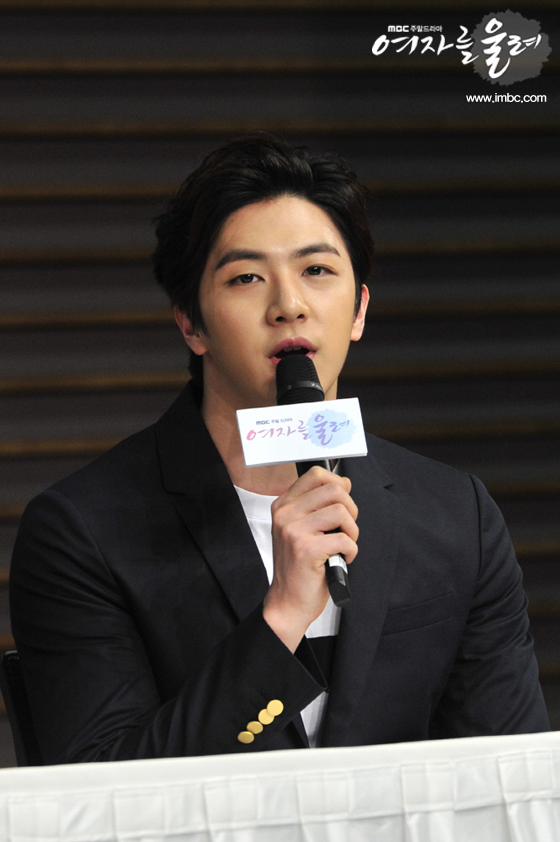 Today at 2PM KST, MBC held a press conference for its new weekend drama “Make a Woman Cry” at their new building in Sangam-dong, Mapo-gu, Seoul.

It began with a photo segment, introducing some of the actors in attendance who will be playing main characters in the drama.

This was followed by a preview of the drama. Then lastly was the interview segment which included Cheondung sitting for the panel.

Cheondung when asked on his thoughts about becoming an actor:

I’ve had experience on a cable drama before, but I’ve never been on one that was aired on national television (for all the public to see), so I’m very nervous. I’m trying to study a lot. Although I lack a lot, I will work hard in order to come out well (on TV).”

When he was asked how he will hold up the image of a singer and a character in drama:

The concept we had when I was a singer in MBLAQ was sexy. In contrast, I will be taking on a pure and sickly role in the drama which is difficult. As of now, I don’t know if I will look healthy. In fact, because I have asthma, I think I’ll be able to do well. (drawing laughter from everyone)

It’s been a few months since I started to stand alone from MBLAQ, with a good director and good seniors, this new challenge becomes more of an excitement rather than a burden. And so I am spending everyday happily also preparing for a solo album. (adding good news for the fans who have been waiting)

What Director Kim Geunhong had to say about Cheondung being cast into the drama:

I didn’t know Park Sanghyun was MBLAQ Cheondung. When we first met at the first audition, there were 6 people who came and we gave them 5 minutes each. I even asked “Are you famous?” I was that ignorant. After a month, he was cast. He really suits the role of Kang Hyunseo. On set, the name ‘Cheondung’ doesn’t exist anymore. He memorizes a lot of dialogue at once and expresses it well.