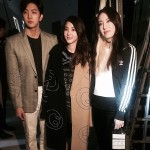 More photos of the gorgeous Park siblings under the cut!

END_OF_DOCUMENT_TOKEN_TO_BE_REPLACED

Thanks to @kuangkuangbibi for sharing~ ^^

Designer Han Sanghyuk sent his thanks to all the models for his HEICH ES HEICH collection, tagging #Cheondung.

Designer HSH mentioned that HEICH ES HEICH was his first brand collection (he will be launching a designer clothing line under that name) and this runway show during the 2015 F/W Seoul Fashion Week is basically it’s debut into the fashion industry. The collection consists of coats and formal attire for both men and women specifically tailored for the fall and winter seasons.

If you’re curious about the music played during the runway, Han Sanghyuk also thanked singer Ju Yoonha, whose song “당신의 평화는 연약하다” (literal translation “Your Peace is Fragile”) was used, and DJ Eunchurn who made the remix of the song.

Singer Cheondung said that walking on the runway is fun.

I was really nervous but also really happy, walking was really fun. I think I need to see the video to know. I was so nervous that actually I don’t know if I did well.

I was thinking that walking on the runway is really fun. Actually, it was just a short walk, but it didn’t feel like it. 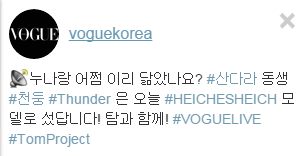 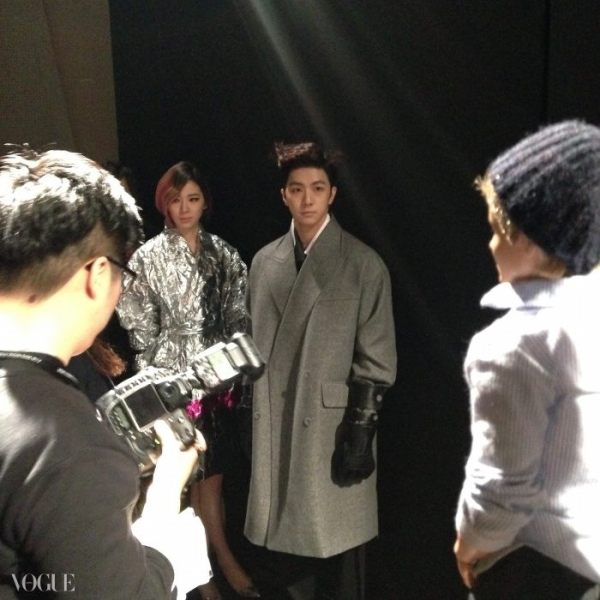