Hahaha, splurged a bit ^^ but Thunder’s facial expressions are just hilarious. Although in this episode there were a bit of Jin-Jisoo moments T-T

More after the cut!

END_OF_DOCUMENT_TOKEN_TO_BE_REPLACED 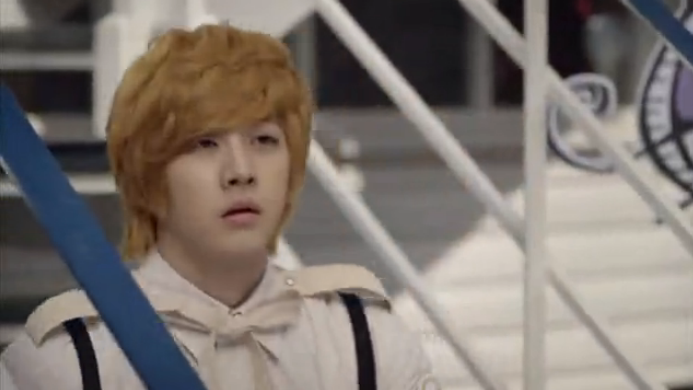 HOMGAH, HILARIOUS!! Han Soyoung aka “Jisoo” was in the room with Jin and Gyuri walked, was shocked seeing Jin there and dropped her towel! HAHAHHAHA, I love how Jin covered his eyes! This must be how Jin found out that Bani aka Yeoju was a girl!

MBLAQ’s Thunder who will be acting for the first time talked about the advice of fellow MBLAQ member Lee Joon to him.

On this day, Thunder said “Until now, it seems like I will still be in MBLAQ’s concept which is manly and I’ll be showing off a strong image. I’m like that, and the other members dont have aegyo as well. Because it seems like I wasn’t able to show much of the smiling me, I would like to show my happy, smiling look if I have the opportunity this time.”

He was also asked if he received any advice from the members and he said,“I went to ask some advice from hollywood actor Lee Joon hyung and he told me just to do what I want. That’s why I just did everything i want to”, he replied while laughing.