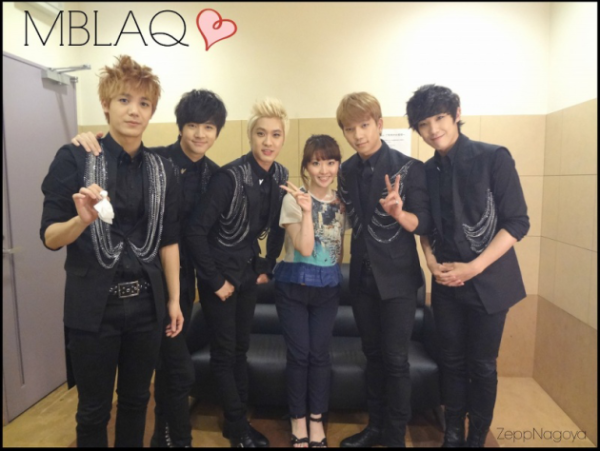 Tonight, MBLAQ will be on our show for the first time! Interview was held right before the show so they showed up in their stage costumes. For those who went to the concert, remember the excitement? So the interview went on like this.

Seungho first came in to the interview room. His eyes were full of sparkles. The leader was so relieable, he understood Japanese and he spoke as he kept the airing time in mind. He is like a mother or a father by how he is aware of the members action and leads the group. Yep, he will surely become a good father. Speaking of a father, he was chosen the best father in Hello Baby. Totally agreeable.

Next up is Mir, sitting next to the leader. As soon as he showed up, he started playing around with tissue. He hung the tissue in front of his nose and kept blowing it. Looking at Mir, Seungho apologizes, “I’m sorry, he is excited because the concert is about to start.” It was so cute that I almost said “Are you his Mom?” Mir was cute too. Please look at the picture for how the tissue ended up. Mir wanted to make a teruteru-bozu (TN: a doll Japanese children make to wish for a sunny day)

Then Cheondung. When I saw him in Korea he had pink hair, but now it was dyed jet black. His solo stage is sexy, but his black hair is really sexy. I repeatedly told him that he was sexy so he was embarrassed. It was cute. He looked so matured.

Next to Cheondung sits Joon. He appears a lot on dramas and variety shows. By interviewing him, I was reminded that he is very serious, puts all his efforts in everything he does, so thoughtful of fans and replies suavely to interviews. He is not the type who babble on, but he is good at capturing the conversation.

And G.O, who sat next to me. G.O watched Mir play with tissue the whole time with a smile. He was so attractive having many facial expressions. He looked calm and the next moment he is smiling like a teenager. In this tour, G.O revealed a new solo stage in Mexico, and it was the first time to be seen in Japan. Many women must have been knocked out by his beautiful voice.

It felt like the interview ended in a flash. Much appreciation to MBLAQ who accepted our interview during the very busy time right before the show. It would be great if they will come back to Nagoya 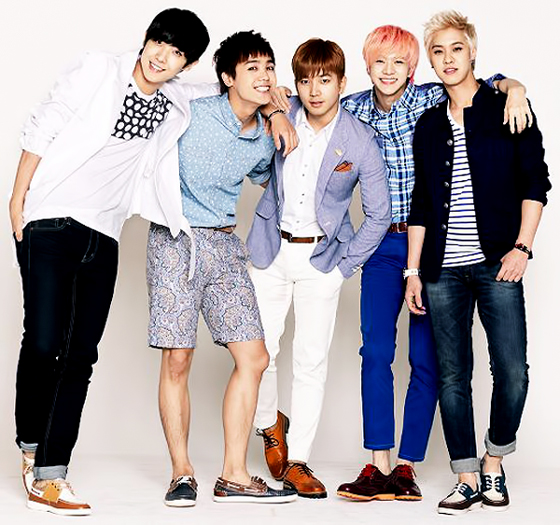 Buncha cuteness that is MBLAQ~ Seriously, I love how funny and free will MBLAQ is in their concerts! It’s one of their appeals! They do everything that’s fun and they love doing it! It was funny when at the end of ‘I Don’t Know’ instead of Mir saying “Cheondung hyung” per their usual choreo but he said “Park Sanghyun!!” and they both did some kungfu(?) thing XD lol

I CANNOT WITH THIS OTL Seriously about just died laughing XD Ahahaha! This is so hilarious! Joon’s cover of SNSD and Kara and then, our bby boy Thunder dressing up as Dara with the palm tree hair and the skirt! This is priceless! I wish I was there! Ahahahahahha!

Thunder focused performing 2NE1’s ‘I am the Best’