This news has NOT been officially confirmed.

Ever since the merger between Woollim Entertainment and SM C&C, music fans have been eager to learn whether any more mergers may be coming about, and the simple answer is probably yes.

This shouldn’t be a surprise as with the previous merger, SM Entertainment, the biggest shareholder of subsidiary SM C&C, clearly revealed their hopes of becoming a leading global music group like that of Universal Music Group, Sony Music Entertainment, and Warner Music Group.

In order to reach such a level, SM will need to bring in several agencies under them to become a major label or a group like the aforementioned three.

One previous report mentioned that insiders in the music industry claimed, “With Woollim as a start, there is a rumor that several companies will be going under the SM label. There are several that are already being discussed. Although many agencies are venturing into the overseas market riding on Hallyu, it’s hard for them to catch up to the know-hows and network of SM, who has built up a long history… Making good music and producing singers is a separate issue from marketing them. If they are able to distribute these responsibilities through label mergers, then it is a win-win situation for everyone.”

A rep from one of these companies is said to have cautiously responded, “It is true that we have discussed with SM before, but nothing has been decided upon.”

The article mentions that it seems like these companies are waiting to see how it works out for INFINITE, TASTY, and NELL under Woollim. If SM can help INFINITE’s new world tour see much success, it’s expected that the next merger for SM may happen soon. 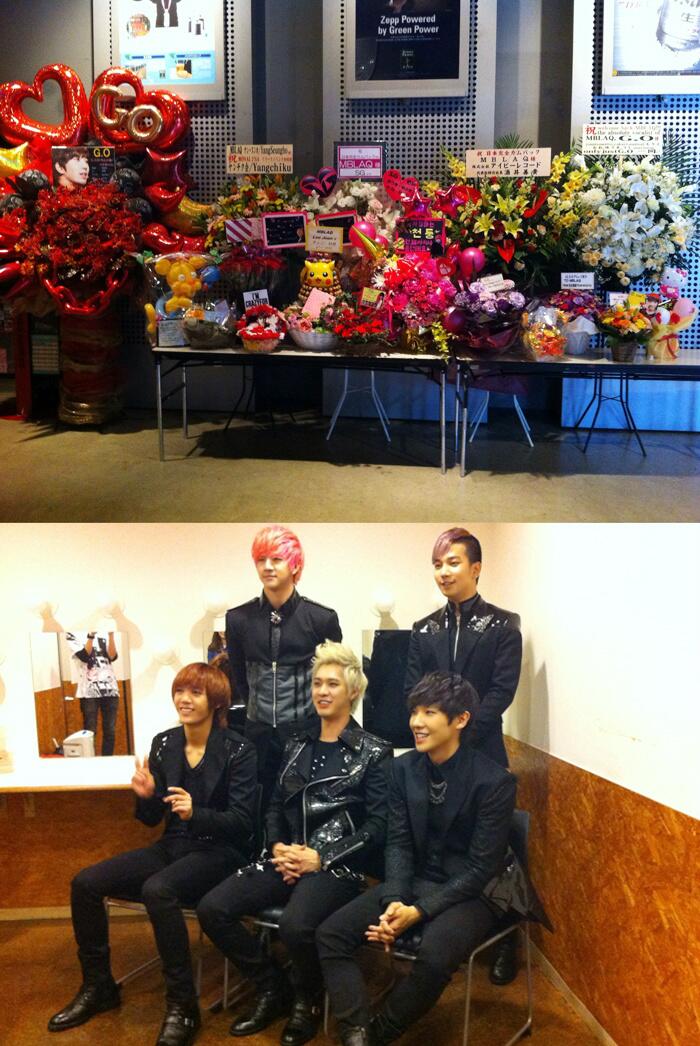 Translation: This is the bouquet that arrived today in the venue! Thank you every japanese A+. MBLAQ’s pre-procuction was durring an interview while you are there, please try to be the one!

lol Doong so cute with that Smurf figure!