@shpthunder: “I had a little hard time signing up.. But finally leveled up.. ㅋㅋㅋ Now I can communicate freely with fans, I have to update more often in the future~!”

Doongie shared a screencap of him signing up for his fancafe with the username “Cheondung” (in Hangul characters). On the field below the statement that says not to use “Cheondung” as a nickname/username for signing up on the fancafe so that there will be no confusion, he wrote, “I am Cheondung..” haha

My timeline was full of photos of 2ne1 at  Yoo Hee Yeol’s Sketchbook, when suddenly Thunder tweeted! :””””””> OMG Very supportive baby brother. aiiigggooooo Cheondung is a BLACKJACK too ❤ Parksiblings love ;>

Thunder: “There’s a problem on my twitter so I made a new one! @shpthunder I’ll meet you guys here, follow me now!

Thunder: “I followed you kekeke”

Dara: “Okay~ I have your gift~ Come home soon and check it out.Thanks for appearing on the MV~!!”

Thunder: “kekeke Is it salary for appearing on the MV?”

Dara: “Something like that haha The expensive body was taken for free.. kekeke”

T__T while I was sleeping, Thunder tweeted this and created chaos OTL lol He made a new Twitter account as something have happened to his past account @MBLAQCD. We’re currently unsure what happened to it but he has created a new one, and its called @shpthunder! Though it isn’t confirmed, ‘shp’ most likely means ‘SangHyun Park’ ^^

Therefore everyone, from @MBLAQCD to @shpthunder ♥ He has already followed other MBLAQ members, JTUNECAMP and of course Dara!

*His display picture is sideways, ↓ I rotated this picture ^^

HOMG, why so cute Doongie! Those kitten-like eyes! Are you projecting your inner Dadoongie? 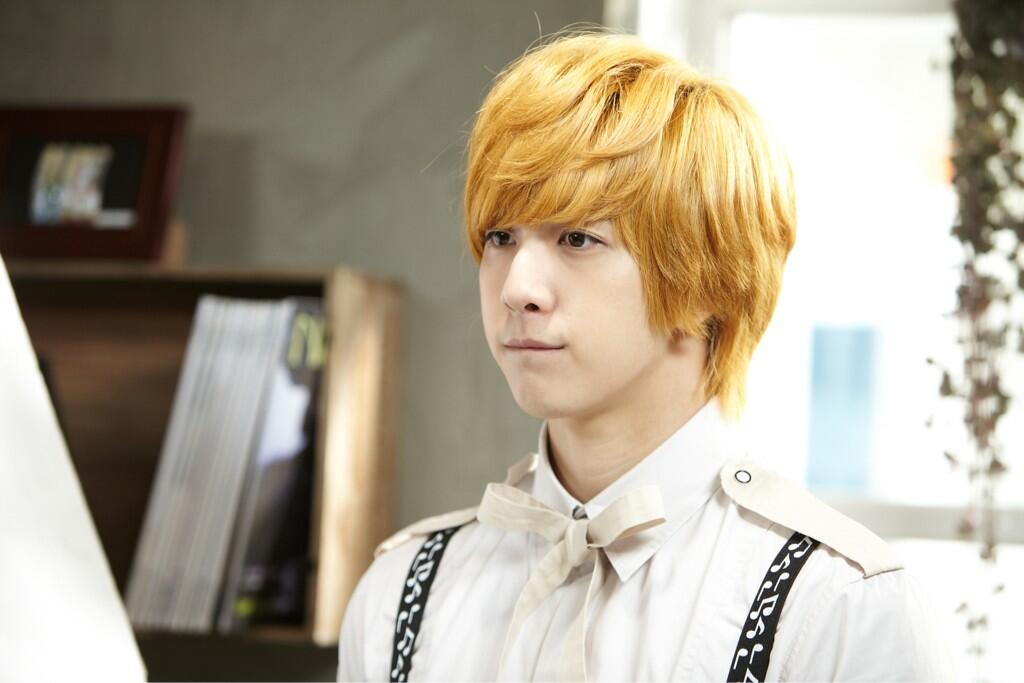